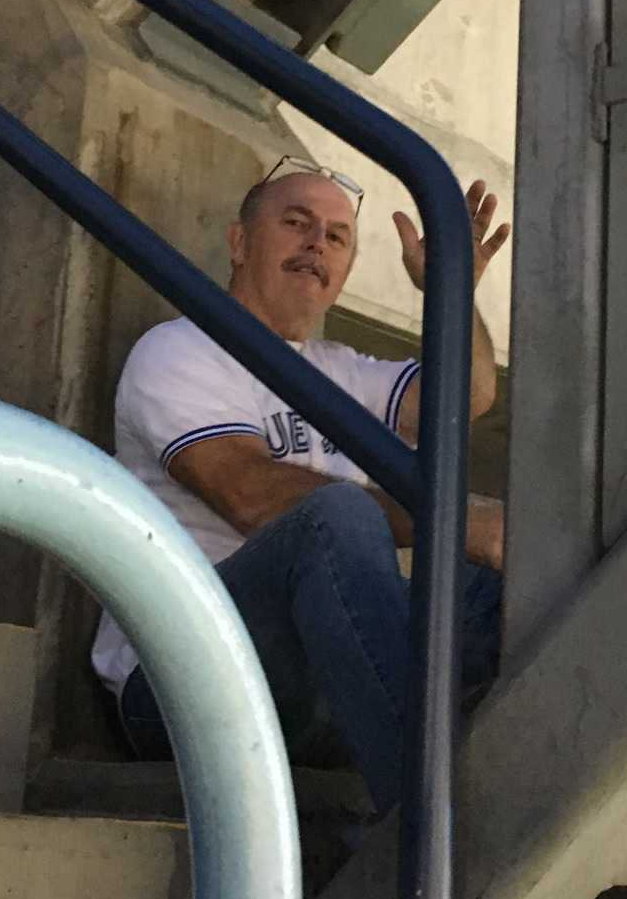 The Falcons and the WMSPL as a whole are sad to learn of the passing of former WMSPL President (2012-2013) Rick Traill, formerly of Direct Elevator (now Sports Illustrated Play).

Rick passed peacefully after a lengthy fight with cancer on Tuesday August 28, 2018, at the age of 57. The full obituary can be found here.

Rick, thrower of ceremonial first pitches, had a long slo-pitch career in the Whitby Men's Slo-Pitch League for Direct Elevator. He and the team reached the peak in 2010, winning both the Vice President's Division, and the playoff tournament. In addition to being a winner of contests, a sit-inner of premium seats, meeter of both Buck Martinez and Johnny Bower, he was known as a great teammate, a great competitor, and more importantly, a great friend.

He will be dearly missed.

Visitation will be at DeStefano Funeral Home, 1289 Keith Ross Drive, Oshawa (south side of Taunton Road, east of Thornton Road by the Oshawa Airport) 905-440-3595 on Wednesday September 5th from 12:00 pm until 1:00 pm. A Service to Celebrate Rick’s Life will be held in the Chapel at 1:00 pm. If desired, memorial donations to Hearth Place Cancer Support Centre would be appreciated. Memories can be shared at www.destefanofuneralhomes.ca