A nearly unassisted triple play shut off the offence in the second inning, and indeed for most of the rest of the game as the up-and-coming Surge defeated the streaky, streaky Falcons 18-13 on Wednesday night.

The game began well for the Falcons, holding Surge to a delicious doughnut in the top of the first then bursting out for a niner in the bottom half. Surge put up 3 in the top of the second which the Falcons matched with their first three batters in the inning on a 3-run jack by some new guy called Z. With the bases newly empty, the offence started anew. Singles by Ash and Bill put runners on first and second with nobody out. It wasn't a league first, but I've never seen one in person before. Big Cat fired a sharp grounder to superstar shortstop Graham who tagged the runner who froze on second (out), ran over the runner coming from first (out), and fired a strike to first to complete an inning-ending (duh) triple play. So shocked were the Falcons at this defensive mastery, that they put the bats away until the fifth inning.

A running theme for the Falcons in the game was the inability of the defence to get off the field after getting to two outs. Of the 49 batters Surge sent to the plate, 22 came up with two out.

An offensive surge for the, um, Surge in the 3rd inning gave them a lead they wouldn't give up.

Up next for the Falcons is a Sunday doubleheader against Bradley and the A's. The Falcons are the home team for both games, but the occur on different diamonds. Blame the schedule maker.

Game Notes: DON'T TALK ABOUT BILL'S POTENTIAL CYCLE AROUND BILL... Rule #2: Don't talk about the cycle... Big thanks to Tyler from Direct Elevator for catching and keeping "Callup #1" ahead of 8 Falcons in OBP... Million Dollar Bill has been on a tear. In the last 4 games, he's rocking a .714 OBP, two three-baggers, and is slugging 1.071... Dinner finally got the right coloured socks, and even got them dirty while sliding and getting thrown out at second trying to take an extra base... The Falcons have followed up a 6-game winning streak with their current 4-game losing streak.

Even as a kid, Graham was a superstar: 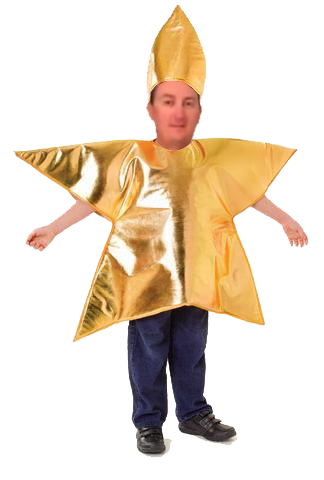 You NEVER, and I mean NEVER read a Falcons post and see the words "Superstar" and "Shortstop" in the same sentence.

Rumour has it that the Falcons have been trying to make a blockbuster trade in order to shore up this position....BUT how the shit can this team make a big trade, they only have 8 guys that attend most of the time. They would need to trade away at least 4 players to land one of the leagues best Short stops, that would leave them with a new Shortstop, 4 other players and 7 guys that have played a combined 18.5 games this season.

This team should relocate to Florida, because the best way to describe them right now is MIA.