In a very competitive game, Hanet walked the Falcons off in the bottom of the seventh to win 9-8.

The good news, if you're a Falcons fan (and who isn't?!?!?), was that the Falcons' D was on point. They held Hanet to only 9 runs... but the bad news is that the Falcons O could only muster 8 in response. 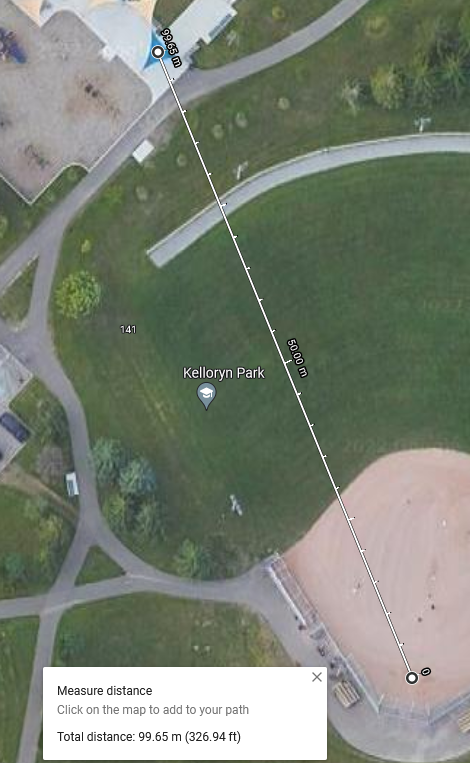 Half of the Falcons' output came on one swing from Star Rookie Beatty who justified the Town of Whitby's investment in protective tents for the playground beyond the left field fence with a tremendous blast that Google estimates went nearly 100m.

Other than that monster dinger, the Falcons couldn't really put anything together. Doughnuts in the first and second, Beatty's 4 RBI in the third. A 2-run rally by the bottom of the order killed by a 1-2-3 top of the order performance in the fourth. Beatty hit a never-to-be-renamed Duncan in the fifth, and a manufactured run in the sixth to tie it up.

Hanet didn't take much time to end it in the seventh. Lars led off with a swing he probably wishes he could try again against a pitch Poutine probably would like to have back that ended in a popup to Grahambo at short. Anthony doubled, and after Adam popped out to left, Scott came through with the walk-off single.

Game notes: Anyone seen the Incredible Tulk?... Homie has taken to adding hand-written emojis to the scorecard, what we all used to call doodling.