With the 2014 WMSPL Playoff Tournament complete, there was nothing left but to hand out the hardware. So on a beautiful Saturday evening in late September, the members of the WMSPL gathered at the General W. Sikorski Polish Veterans' Association Hall for the drunken barn dance that is the annual WMSPL Banquet.

The evening began with the cocktail hour (which was only 3/4 of an hour), and led in to the always spectacular dinner (not THAT Dinner). Real dinner. Like, food, yo.

Once we were all done stuffing our collective faces, it was magic time. Up strutted President Dinner to a chorus of boos, most of which came from me. His opening remarks were elegant, classy, and most importantly, brief. Threats of assassination have been levied against previous Presidents who were in love with the sound of their own voice. After he introduced the winners and runners-up from the mid-season tournament, it was the Falcons' turn. We all gathered in front of our league-mates for the team photo to commemorate our President's Division Championship and to a lesser extent, our WMSPL Playoff Tournament Bridesmaids. 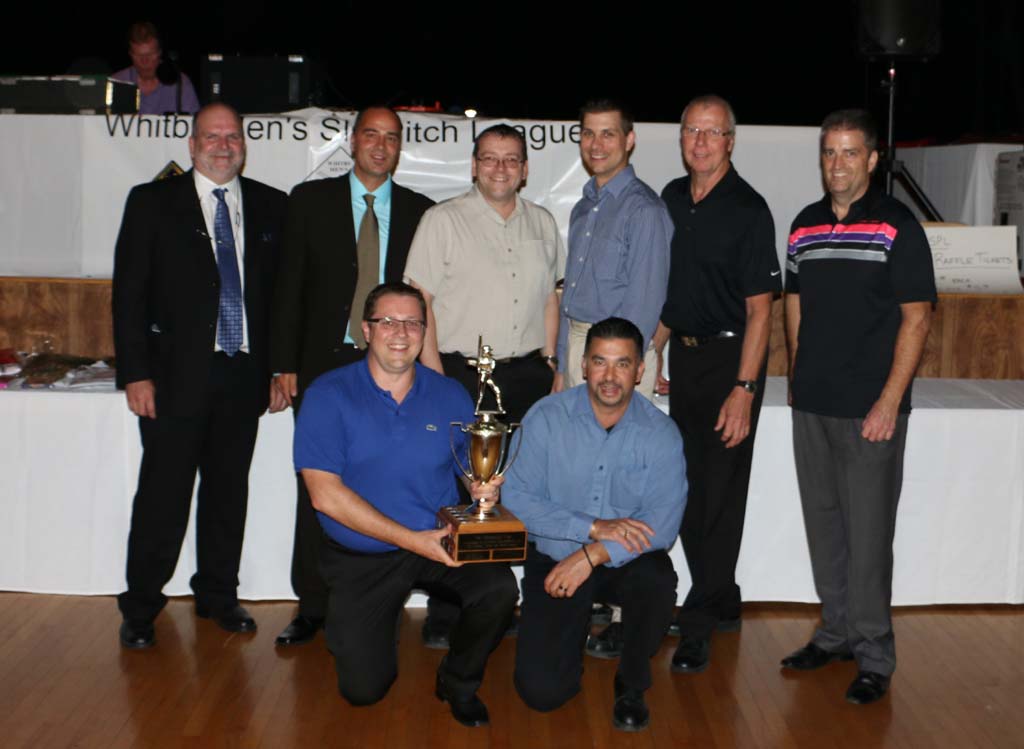 President Dinner then awarded the major team hardware to some other deserving team.

The Falcons' MVP for 2014, as we all know, was President Dinner. So it fell upon Past President Ricky to gather the team MVPs to the front of the hall and announce the winner. I didn't have my camera ready (and neither did anyone else, make a note of this for next year), but as Rick announced that the winner of the 2014 WMSPL League MVP was Sean Dunn, the look on Dinner's face approximated this: 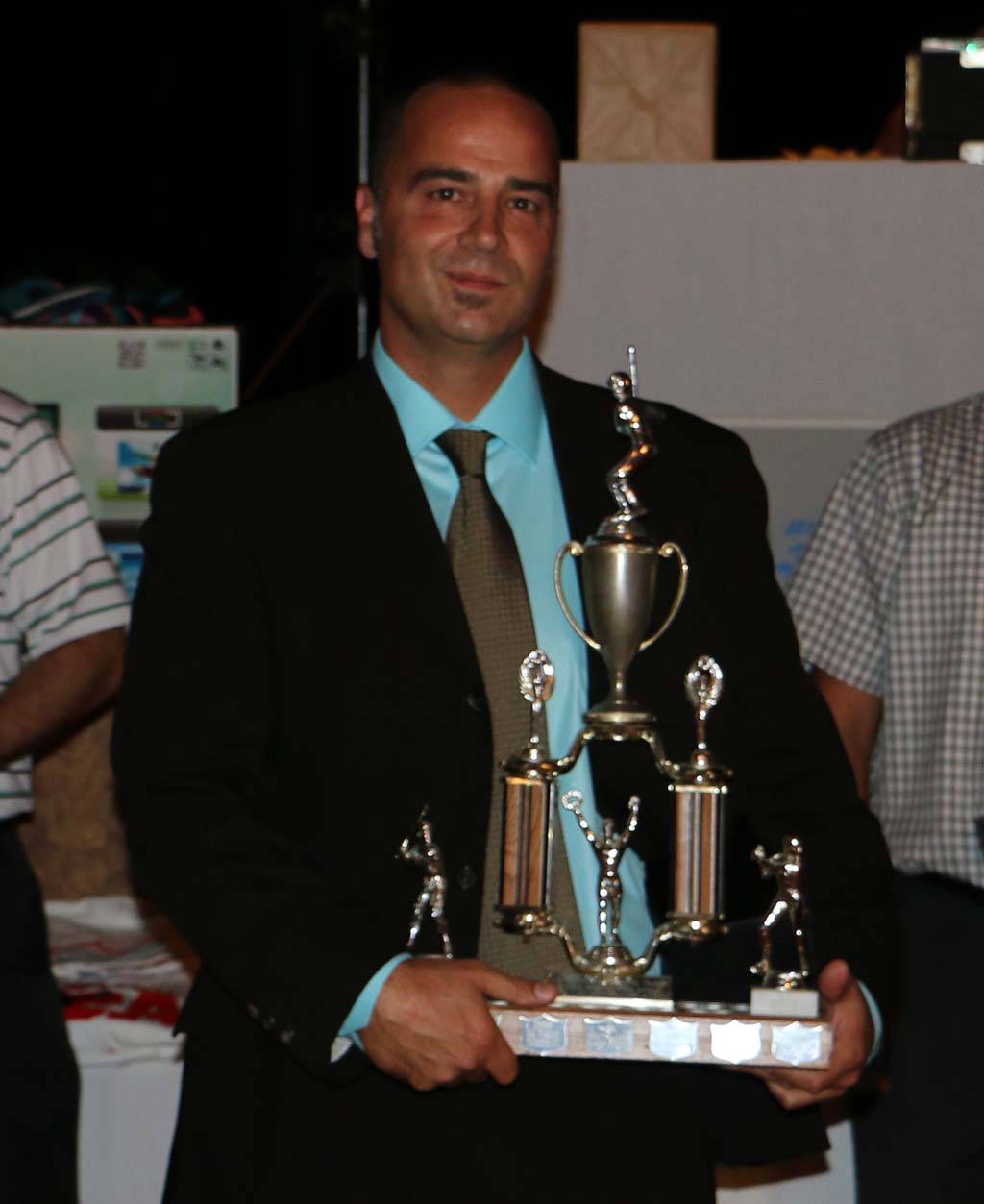 Dinner posed for his photo without his accompanying arm candy, the Jugtastic Jaguar 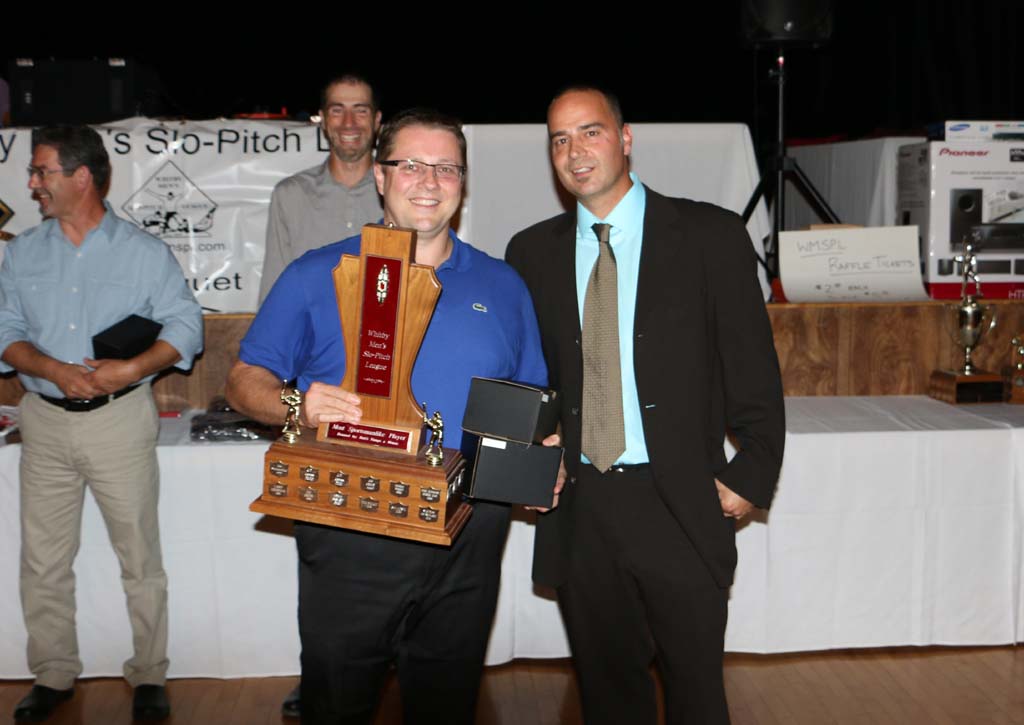 Check out the epic photo-bomb by Johnny Baseball!

With all the trophies handed out, there nothing left to do except point out that President Dinner only has one suit, and one dress shirt: Re President Dinner's Suit. He has more than one suit but IF he had worn the other one, there would have been more opportunity to make fun of him. ;-0 I know he would have preferred to wear his blue one but as it has been mysteriously missing for a few years now so was not an option. I promise to get President Dinner/Mr. MVP a new suit, shirt and tie for next year!!

Leave it to you to point out my attire, but for the record, it was purely coincidental: like Deon Sanders, once I wear a suit, I don't wear it again for 3 years!